16:50 - 16:55
Keynote Address by Cambodia Association of Finance and Technoloy 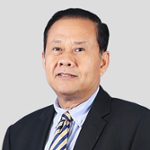 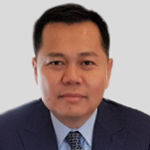 MR. SOK VOEUN
Acting Chairman of Cambodia Microfinance Association
Mr. Sok Voeun, Chief Executive Officer, obtained his Master’s Degree of Business Administration, majoring in Finance and Banking at Build Bright University in Cambodia in 2005. He received a Bachelor’s Degree of Economic Science in Management of Enterprise at the former Faculty of Law and Economics in 2000. He has attended microfinance training programs at the Boulder Institute of Microfinance in Italy, and other pertinent trainings in the United States, South Africa, India, Bangladesh and Thailand. He has also participated in trainings in Cambodia on credit management, financial management, human resource management, risk management, good governance and leadership, among others. He served in ACLEDA Bank Plc. as Credit Officer from 2000-2001 and he was promoted to Head of Credit Control Unit in Head Office from 2001 to 2005. From 2005 to 2010, he was the Operations Manager in SATHAPANA Ltd. (MFI) in charge of day-to-day operations which included managing loans, savings, money transfer transactions and market expansion. He started working for LOLC as Chief Operations Officer in April 2010 and he was promoted to be Deputy Chief Executive Officer in December 2012. Currently, he is Chief Executive Officer as appointed by Board of Directors effective from June 1st, 2014. 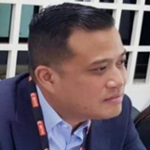 Remi Sisophon Pell
TREASURER OF CAFT
Remi is an entrepreneur & investor who has multi-industry experience in the sectors of banking and financial services, travel and tourism, and lastly fast moving consumer goods (FMCG) personal care products. Remi started his career with Bank of America which is one of the prominent global financial services company that was the first to offer coast-to-coast banking in the U.S. Currently, Remi is serving as IPay88s Managing Director and is responsible for its growth and presence in Cambodia for over the past 3 years. Remi also sits on the Cambodian Association of Finance and Technology (CAFT) board as their Treasurer and is a graduate of La Sierra University with a degree on International Business.